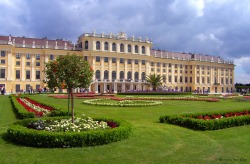 Schönbrunn Palace (German: Schloss Schönbrunn) is a royal residence in Vienna, Austria. One of the most important cultural monuments in the country, since the 1960s it has been one of the major tourist attractions in Vienna. The palace and gardens illustrate the tastes, interests, and aspirations of successive Habsburg  monarchs. 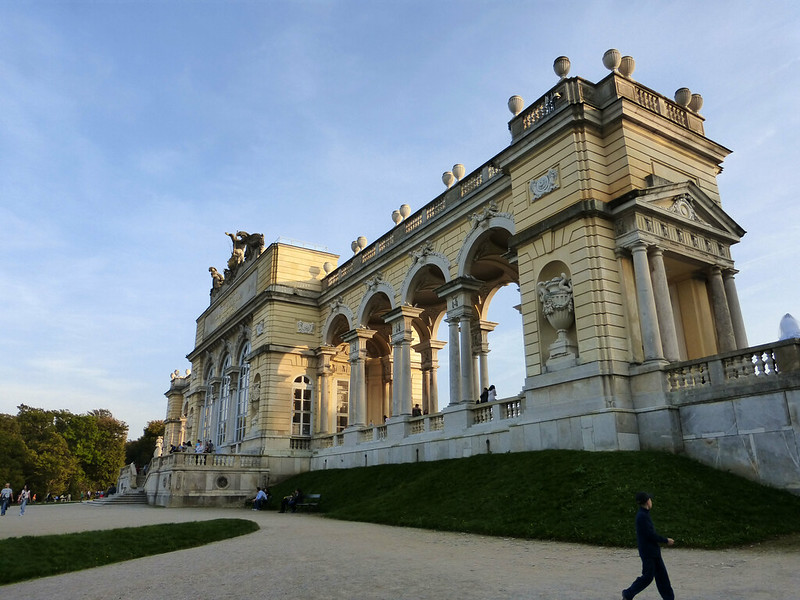 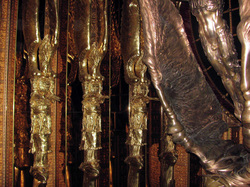 Otto Wagner, the famous Jugendstil architect, built a summerhouse for himself and his family in Hütteldorf in 1888, when Hütteldorf was still a suburb of Vienna. The house was inhabited all year round from 1895 until Otto Wagner sold it to the former owner of the Varieté Ronacher, Ben Tiber, in 1911, after Wagner's children had left home and the house had become too large for him.
The Wagner Villa (later called Ben Tiber Villa and today Fuchs Villa) was considered an unusual building from the outset. As reported at the exhibition of the plans in Berlin: "The artist's villa in Hütteldorf near Vienna has a peculiar attraction. The house, built on a slope and accessed by an imposing staircase, takes the form of an open hall between two wings in complete contrast to other buildings of its type". Although the building attracted much interest at its conception (and from time to time was the cause of rumour and speculation), it slowly fell into oblivion, as did its architect. The villa stood "decaying with dignity in the garden" until Ernst Fuchs' initiative to save the building.

Originally the rescue of the villa was to be a joint project with the artists Friedensreich Hundertwasser and Arnulf Rainer, a plan which was never put into action. Sometime before Ernst Fuchs discovered the grand old villa, house and garden were made the scene of Heimito von Doderer's last work, the "Romanfragment No. 7. Der Grenzwald". "Across the road to the right and on the slope was a house, indeed a palace, of a kind seldom found. The flat roof atop tall and mighty pillars cast transitory shadows. To the left and right projected the wings of the house, whose walls at first sight seem to consist of coloured glass separated by narrow posts".
Much of the villa was restored in the style of Otto Wagner, the rest after designs by Ernst Fuchs. The villa, which served as Fuchs' atelier for a long time, is no longer lived in. The master moved to southern France after the villa was opened up in 1988 to house the Fuchs collection and to celebrate the villa's 100th anniversary.
In his lavish catalogue of Fuchs' work, Marcel Brion attempts to grasp the "visionary who sees beyond", the "chronicler of Unknown worlds", and to reveal something of the mysticism of Fuchs' artistic world to its audience.
"Not any ancient or modern mysticism but a mysticism of Fuchs" making in which everything plays a special role. Neither born of religion, nor the clever reworking of an academic painter, but rather a mysticism without precedent marrying other mystic stands together; a melting pot of belief and intuition, superstition and liturgy, vision and nightmare, the barely perceptible and the prophetic. A world of its own (a true world?).